Not long ago I hosted a Beer and Cheese event at a pub in London. The British Cheese Board supplied the cheeses and I was given a list of the beers the pub stocked (both bottled and cask) so I could match them up with the cheeses. Most of the beers were quite mainstream, so after deciding which of the beers went best with each cheese, I hit the internet to see what quirky or funny facts I could find out about the beers so I could include these in my talk.

One of the beers was Affligem, a Belgian Abbey Ale, and a real favourite of mine. On further research I found out that Affligem is owned by Heineken. Affligem is one of the worlds greatest beers (in my opinion), I love the stuff, and I don’t really care who owns the brand as long as they don’t change it. But some of the comments on the beer blogs shocked me. So many beer ‘elitists’ said they wouldn’t touch the stuff as it was owned by Heineken. Has the beer changed? No. Have Heineken knocked down the Abbey where the beer is brewed? No. Have all the monks been kicked out on the street? No. But because its Heineken, some beer drinkers have now vilified the brand and said they will never touch a drop of it again. Can these drinkers not see that a major benefit of one of the largest brewers in the world buying this brewery meant the brand went global – and survived. Heineken ensured people all over the world would continue to discover the delights of Affligem. Heineken also protected the provenance of this brand by signing a guarantee that it would continue to only be brewed in Belgium.

Now, I’m not on a Heineken back hander here, but it did disappoint me that because of the name on the bottle, some drinkers have chosen to boycott this brand.

I use this as an example of some things I’m observing in the cask ale world. Cask ale has enjoyed unprecedented growth in pubs over the past five years – the only drinks category which has displayed such growth. But this has also created a group of beer ‘snobs’ , drinkers who look at the pump clips of well known brands and dismiss them outright – because of who they are brewed by. There is an automatic assumption by this small group that anything from a well known nationally distributed brewery is bland and inferior, yet the local micro brewer produces a far superior product. It’s irrational, it’s misguided – and it’s also a dangerous opinion which may damage the cask ale industry in the long run.

Of course there are mainstream cask ale brands – these breweries provide the cask equipment, the hand pulls on the bar, the drip mats on the tables and training in many pubs. Without these large regional brewers, the public may not have embraced cask ale so fondly over the past few years, and pubs would not have been able to start stocking cask. But there is demand for the big cask ale brands as well as the lesser known micro ales. Listen to your own taste buds and form your own opinion rather than reject a product based on who owns it. 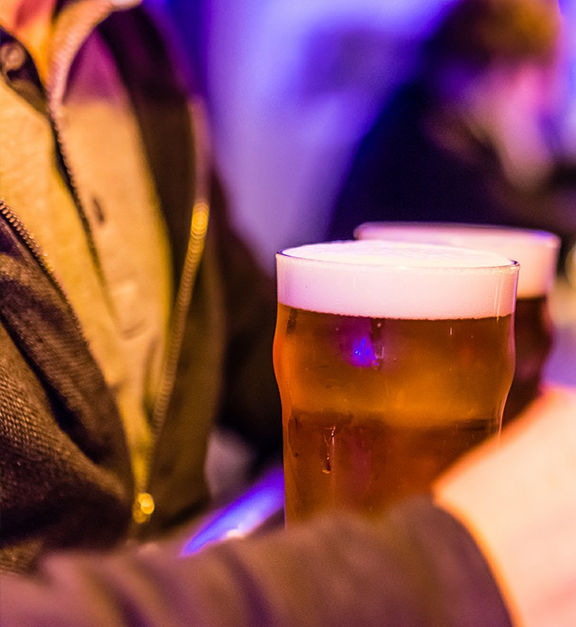