For Mash Get Smash

Do you remember the ‘Smash’ adverts from the 1970’s? The ones where a group of Martians would watch in astonishment as humans prepared mashed potato the traditional way, using real potatos , and then roll around laughing in mirth? It always made me giggle (it still does), and the adverts were voted number one in ‘ITV’s Best Ever Ads’.

I’ve been reminded of this advert a few times over the last few months as I’ve been doing some training for call centre staff around the country. These staff sell a huge amount of beer to publicans and I was hired to get them to recognise the difference between cask beer and keg beers (like lagers and smoothflow beers). I had been asked to teach them how cask ale ‘worked’ and why it was different to other beer categories.

Now considering I had been given strict instructions that I could only spend 1 hour doing this training, I needed to get their attention fast, but more importantly make them understand that cask ale needed some careful looking after in a beer cellar after their company had delivered it. So armed with a few ‘dummy’ casks filled with water I thought the best thing to do was get them all practicing what to do with the product, from a cask being delivered into a pub cellar, getting it ready for sale and how to dispense it.

At the first session I did, after going through all the stages of conditioning cask ale and getting my trainees to practice, one of the group stared me in the eye and said “Seriously? They do all of this work just to get beer ready? Why do they bother?” And she started giggling. Which set the rest of the group off giggling, and it became infectious whilst we all pondered how ridiculous it was in this generation of convenience that we spend so much time looking after, and nurturing this product before it’s even handed across the bar to a customer.

The same thing happened at the next training session I did, and the next. In total I delivered twelve training sessions throughout the UK and without a doubt we recreated the Smash Martians in every session. If it’s this funny I could get a second job doing a stand up routine, I thought.

But it did bring it home to me – as I tried to explain to all my trainees – that there are thousands and thousands of publicans in the UK who are spending hours in their beer cellars tapping, venting, tilting, checking and chocking cask ale – because they know that the real thing is always better than the ‘easy’ product. They recognise there is a huge taste difference between real cask conditioned ale and pasteurised, mass produced beer, and that as long as customers demand real ale, this work will have to be done. 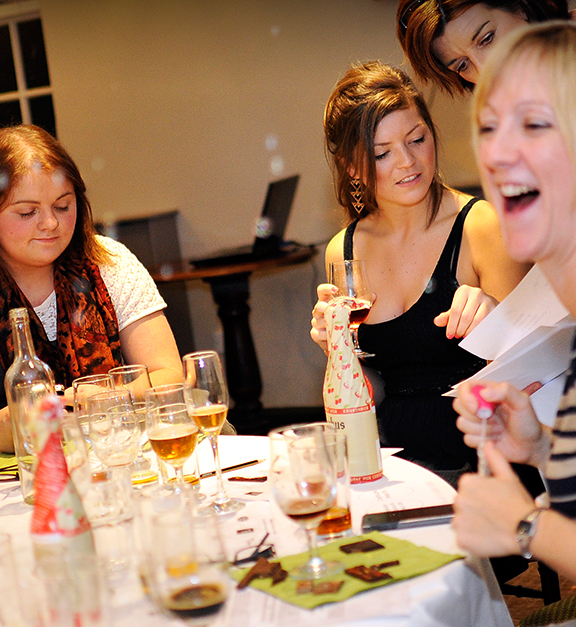