There has always been an on going debate between the North and South about how cask ale should be served – with a thick creamy head or a looser frothier head? Which is better?

Most of my weeks are divided between working for a few days in the South, and then trying to head back north as the week goes on so I can spend Friday evening in a local pub.

And the way cask ale is served is markedly different. Most pubs in the north dispense cask ale using a sparkler – a little gadget which is attached to the beer spout to create a thick creamy head through which the beer is drunk. All the aroma of the hops is encapsulated in the head, and the liquid beneath tastes smoother.

The majority of pubs in the South dispense cask ale without a sparkler so the head is looser and frothier. Most of the hop bitterness remains in the beer so it has a more intense flavour, but less aroma.

The most common misconception amongst Northerners is that Southern beer is ‘flat’ because it doesn’t have that tight head on the top. Nothing could be further from the truth – any ale which tastes flat is beer that has lost all its condition. Good, well kept ale always gives you a little tingle on the tongue – not fizzy like lager, but certainly not flat and lifeless.

Some Southern brewers would be horrified if they knew their beer was being dispensed through a sparkler, and vice versa, Northern brewers may dictate a sparkler should always be used.

Very few London pubs possess a sparkler, let alone use one. But do I enjoy the beer any less? No – it’s just a different experience, and everyone in the pub drinks it that way, so it can’t be all that bad!

Maybe it’s the environment we drink the beer in. Most London pubs are packed with beer drinkers at 5 o’clock, drinkers preferring to stay in the city before they tackle the journey home.

Here in the North, we tend to go home after work, have our tea, then go out again. We each have our habits and it doesn’t necessarily mean one is better than another.

Which goes back to my first point – which is better? And I don’t think there is a right and a wrong answer, it’s entirely up to the individual how they want their cask ale served. So if you want to try a quick taste challenge, next time you’re in a pub ask for two halves of the same beer – one poured with a sparkler, one without. You may be surprised how different they taste. 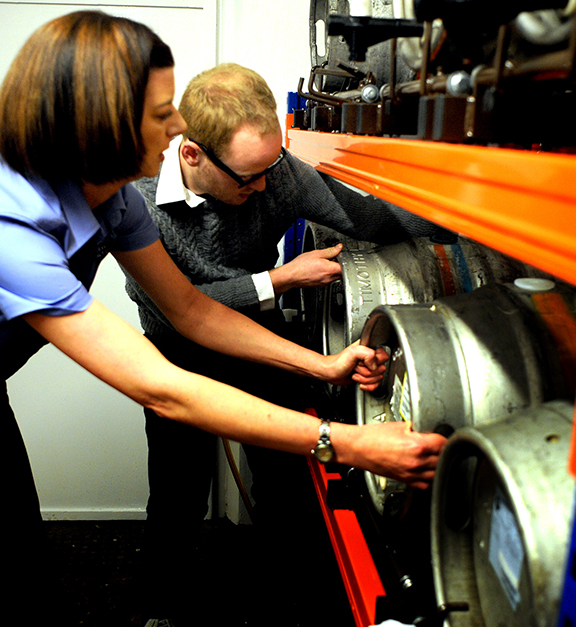