The Live Beer Tasting on ITV’s This Morning

The call came through on a Tuesday afternoon, just less than a week before the event. Could I go on ITV’s This Morning programme to talk about stout on St Patrick’s day?

Of course I can, I said confidently to the researcher. I was told to keep a lid on it until the feature was definitely confirmed, but to get myself organised with some different stouts, and be prepared to be in London for 8am the following Monday.

Putting my thinking cap on, and knowing the beers were going to be sampled by females (Holly Willoughby and Christine Bleakley) I wanted to choose four unusual yet accessible stouts. So the first of numerous frantic phones call to the brewers.

I chose Wadworth Beer Kitchen Espresso Stout first. This was a beer I had first tasted when down in Devizes and I drank it with a sticky toffee pudding, and thought it was sublime. A real showstopper of a beer, perfect with puddings, and I paired it with Tiramisu.

Secondly, Marstons offered up their Oyster Stout, a gorgeous silky smooth beer which blows Guinness out of the water any day. Their head brewer offered me a selection of food matches, the first of course being oysters. Now call me a wuss, but if there is one food I can’t stomach, it’s oysters. I’ve tried, and tried again, but the words of AA Gill the food critic always return to haunt me as I tip my head back to swallow the slimy molluscs: “Like sea flavoured snot”. Therefore the choices of goat’s cheese or Christmas pudding seemed infinitely more appealing. We settled on a rich fruit cake.

What do all women love? Chocolate. So I had to ask Wells and Youngs for some of their Double Chocolate Stout, made with real dark chocolate and chocolate essence. I wanted something to contrast with this luxurious decadent beer so chose fresh strawberries to highlight the sweetness of the beer. Strangely, the courier who was meant to deliver the beer to me two days before the show informed me that there had been a ‘terrible accident in the back of the transit van and all the bottles had been smashed’. There was no sign of the aforementioned smashed bottles, case or wrapping, so take your own conclusions from what happened to the beer, all I’ll say is it illustrates how much people want this beer. I sent the other half off down to Tesco to buy up their stock.

Finally, I wanted a really powerful strong Imperial Stout – as far removed from Guinness as you could get. Who else to turn to but a brewer in my home county, Black Sheep. They produced an 8.5% Russian Imperial Stout which in my opinion is so special is should be served in goblets, and blessed before you take a mouthful. To match flavour with flavour I picked a strong dark chocolate to go with this.

With my beers all packed up in a suitcase, and the feature given the green light, I started on myself. What to wear on St Patrick’s day? A green dress of course! So I hit the shops with 24 hours to go and returned with a bright green dress with daisies on. My other half took one look at it, wrinkled his nose, and said I looked like a cleaner come dinner lady. It went back in the bag, and I packed my trusty blue frock and a pair of heels I have worn only once before, as they take me to over six foot two. Hell, it’s TV, I’ve got to ramp up the glamour.

Then I had a massive crisis of confidence, thinking the trusty dress might make me look dowdy, so I packed 5 other dresses, just in case. And three pairs of shoes. Oo, and 4 pairs of tights in case of severe ladderage. The suitcase was now straining at the seams.

12 hours to go: style hair with care (not the usual mega nuclear blast with the hairdryer); paint nails and try to remember not to rake wet nails through newly styled hair; check and re-check train ticket and alarm clock.

At 5.30am I’m on the train whizzing to London. Funnily enough, the bit I was most excited about was the fact the studio had arranged to send a car to pick me up from Kings Cross. Good job really as trying to get a suitcase full of bottles plus half my wardrobe on the tube at 8am on a Monday morning was a task I didn’t relish. Ah, a chauffeur driven car, I day dreamed on the train. A stretch limo maybe, with a uniformed driver, whisking me importantly through the streets of London.

“Smith?” bellowed a chap in a polo shirt standing next to a Prius as I emerged from Kings Cross station. Between us we wrestled the suitcase into the boot (a roof rack might have been more appropriate) and we hurtled towards the City. Well, ‘crawled’ is a better description in the Monday morning traffic.

Then we turned down an alley way. And another. Through a building site. And there, through a tiny entrance I saw a small sign saying “This Morning”. It looked like the entrance to a particularly dodgy underground car park. The driver left me in the hands of security who pointed me towards the back of a warehouse. I walked through corridors of props towards a sinister looking lift. It’s a set up, I thought. This is my punishment for once commenting I thought the world’s biggest selling lager tasted like Alka Seltzer.

The lift popped open and I was thrown into the world of high energy, buzzing television. Well, no not really. It was another corridor, and a lovely young man called Ollie greeted me and told me to get changed straight away. In a cupboard. I struggled into the blue dress, handed the suitcase full of beers over to Ollie, and was escorted into make up. The other two chairs in the room were occupied by two of the most staggeringly beautiful women I have ever seen (shiny blonde hair, skin positively glowing from a diet of lettuce and mangoes, you know the score). Throw a towel over my head now and be done with it, I thought. These girls must be models, presenters, real stars. No, they were there for a feature on facials. We all had an animated discussion about botox, and I nodded and laughed and took part even though it was clear from the lines on my forehead that a botox needle had never been near my face.

Next the rehearsals. In front of the cameras in the studio, a couple of researchers ran through my segment with me, then asked if we could do some shots to use as trailers throughout the programme. I had to stand behind the ‘counter’ and pour a bottle of stout into a glass whilst smiling into the camera. All good to go until the camera man said “Can you bend your knees love, you’re a bit too big to get you all in shot”. The humiliation.

And off to the Green Room. Two hours to wait until my slot so I got chatting to the people who came and went. Martyn Lewis – money saving expert! I’ve no money anyway so he wasn’t that much of an expert to me. Stephen Mulherbe – Catchphrase host! (Didn’t speak to anyone so I felt like making up sign language to communicate with him). Kian Egan – past winner of I’m a Celebrity and all round boyband member (sigh, so lovely. But very small compared to me in my heels). Oh, and Neil Morrisey passed in the corridor. “Oi, Morrisey”, I felt like yelling after him, “I failed your pub’s Cask Marque assessment ten years ago, remember me?” Maybe not such a good idea.

The call came to go on air. At which point – and this is really really odd for me – I started to get the shakes. What if I knocked all the glasses over? What if words wouldn’t come out of my mouth? What if I fell over – or worse, knocked the pregnant Holly Willoughby to the ground?

Camera roll: funny how when you do a feature on beer, the whole studio turns out. Kian, Holly and Christine crowded round the beers, started talking about Guinness and I stared very hard into the middle distance whilst I tried to control the wobbly legs which were threatening to topple me.

So on with the beer tasting – and it went so fast! I managed to get the name of the brewer, the beer and where it was produced into each segment and then it was on to the next, then the next and before I knew it, Holly had a big plate of Chocolate Stout Cake in her hand and was asking me how to make it. Erm, not sure, never made a cake in my life but I waffled about how the addition of stout created a lovely chocolate-y flavour (if in doubt, blag it). I also had to talk through Macaroni Cheese made with Guinness which undoubtedly is the worst beer and food combination they could possibly have come up with, but brave Holly sampled it. I think the look on her face said it all, and we quickly moved onto the Stout Ice Cream, which was a hit.

Cue the music for a break. Holly kissed me. Christine kissed me. Kian kissed me (well, I forced one on him actually) and Ollie the researcher bundled me back into the cupboard to get changed back into my normal Annabel clothes.

Feeling slightly deflated I headed back to Kings Cross for the train back North. I bought a sandwich in Marks and Spencers and caught a chap looking at me. I smiled my best ‘personality’ smile thinking he might have recognised me from the programme. But no, he was just a weirdo. Back to normality.

The day is over. 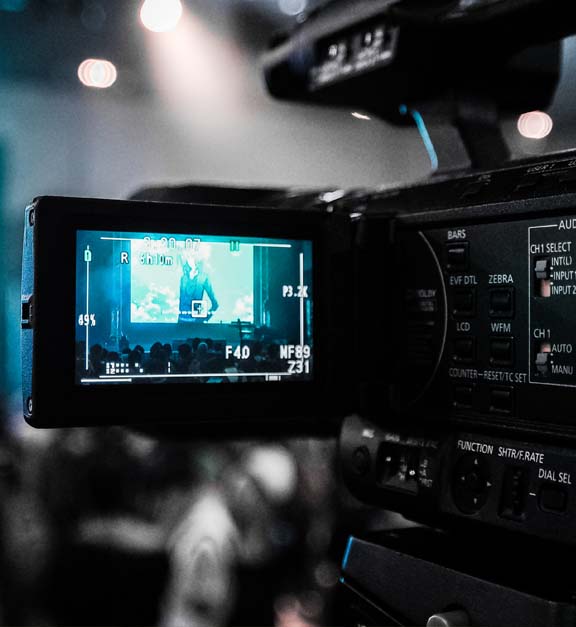