Your Sense of Taste

One of the things I wanted to do when I left Cask Marque and set up the BeerBelle business was put aside some time every week to learn something new about beer. Not about a new beer brand, or new beer recipes, but something, anything, associated with beer which I could use when I’m delivering events and training people.

I’ve been interested for a long time about our sense of taste, and why some people love beer, and why some people say they really don’t like it. So I was lucky enough to spend some time with a flavour psychologist who had worked all over the world with drinks and food companies getting the flavour profile of their product to match the kind of consumers they wanted to attract.

We got talking about beer in particular. From experience, I know the key reason why most  people say they don’t like beer is because of its bitterness so I asked why this sense of ‘bitterness’ polarises so many people.

Here’s what I found out. Apparently, we ‘teach’ ourselves to tolerate bitterness as we get older. When we are born, we have around 30,000 taste buds on our tongue, so we are extremely intolerant to any strong flavours. It’s why babies can only tolerate bland flavours like milk, rice and mashed up banana. From the day we are born, these taste buds start dying off. However, your sense and perception of bitterness travels faster to your brain than any other sense of flavour and it sets off a signal, a warning receptor if you like, which informs your whole body that ‘bitter’ is not a natural flavour, not an enjoying flavour. In fact, extremely bitter substances send such a strong signal to the brain it can, in children, cause a ‘gag reflux’.

When my new found friend told me this I recalled once seeing my 4 year old nephew pick up a small can of tonic water and drink from it. He thought it was lemonade. The memory of his face has stayed with me to this day – his face contorted, his eyes screwed up and he stuck his tongue as far out of his mouth as it would go. It was hilarious watching his reaction, and I now understand it was the bitter quinine in the tonic which caused that extreme reaction.

So, to go back to my story, the flavour psychologist told me that between the ages of about 13 or 14, our taste buds go through a mass exodus and die off quite rapidly day by day until we’re about 18, at which point this process slows down again. He then asked me “When did you try your first beer?” Not wanting to compromise myself (legally or morally) I answered “When I was 18, of course”. He used this to illustrate that as we get older, and we lose a lot of our sensitivity to taste, we ‘teach’ ourselves to like and enjoy that bitter profile in food and drink. We really don’t like beer because of its bitterness until our body has massacred a lot of our taste buds.

Why am I telling you all this? If you give a non beer drinker a seriously bitter beer fully loaded with bittering hops, in the hope that this will convert them to drinking beer, you’ll fail. This first experience will be unpleasant for them and they may never drink beer again. They will think all beer tastes that way. I know, and you probably know, that not all beer is bitter. There are some lovely malty, sweet, biscuity, bready beers out there, and if this a pleasant experience, novice beer drinkers will then start experimenting with some of the more extreme, full flavoured and challenging beers.

So, whilst experienced beer drinkers may turn their noses up at what they perceive as bland, lightly hopped beers, there is definitely a place for this kind of beer in the market to provide a ‘foundation’ for novice or new beer drinkers. And we want more people to enjoy our beautiful world of beer, don’t we? 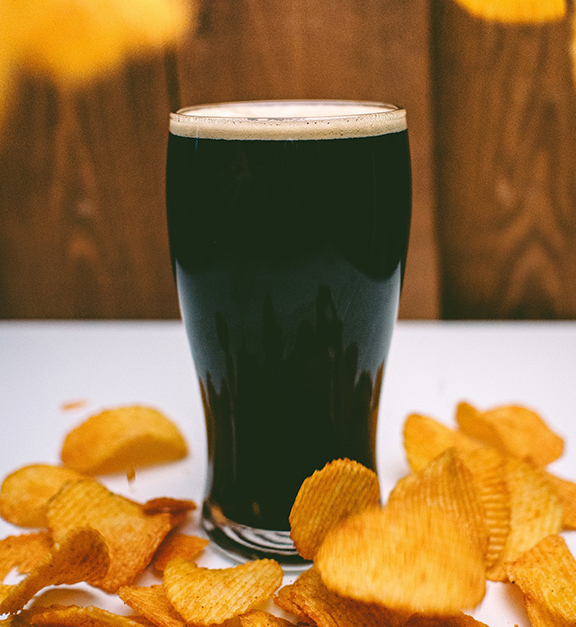